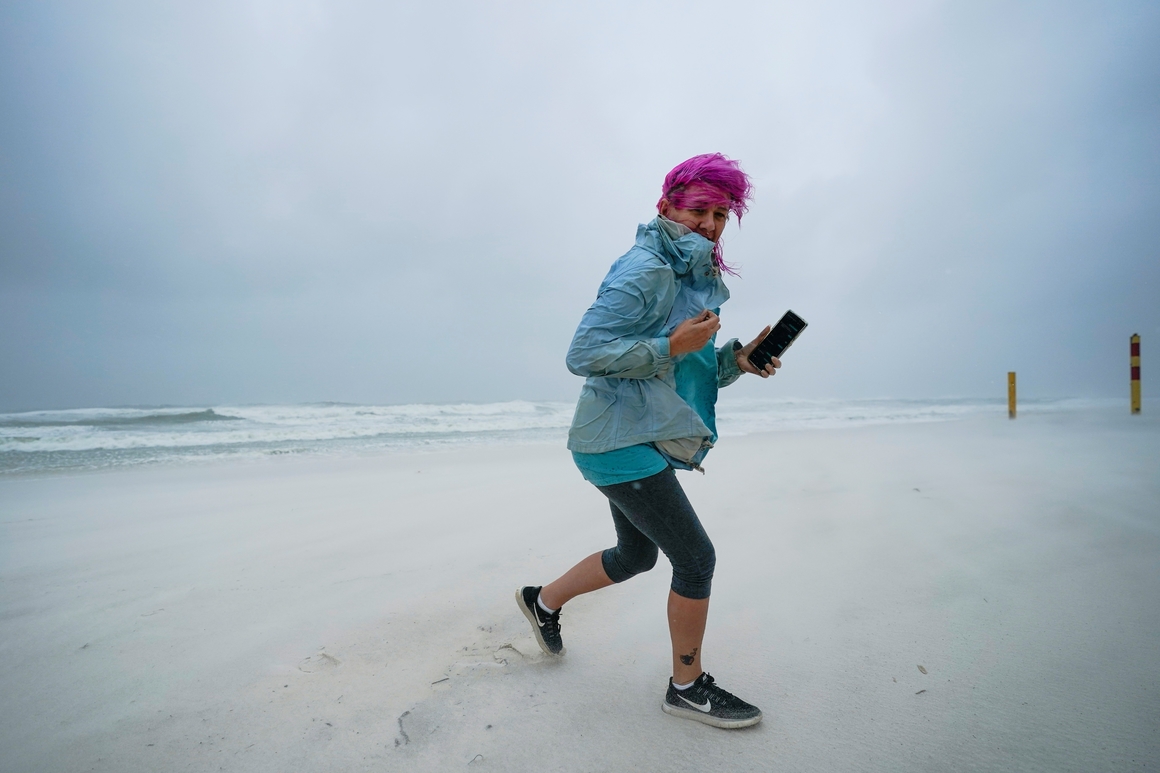 NAVARRE BEACH, Fla. — Heavy rain, pounding surf and flash floods hit parts of the Florida Panhandle and the Alabama coast on Tuesday as Hurricane Sally lumbered toward land at a painfully slow pace, threatening as much as 30 inches of rain and dangerous, historic flooding.

The storm’s center churned offshore 65 miles south-southeast of Mobile, Alabama, as Sally crept north-northeast toward an expected Wednesday landfall at 2 mph, according to the National Hurricane Center. The forecast map showed the center likely coming ashore in Alabama, near the Florida line.

Up to a foot of rain had fallen already on the coast by Tuesday night and Sally’s lumbering pace meant there would likely be extended deluges.

“A hurricane moving at 2 mph is stalled for all intents and purposes,” said Brian McNoldy, a hurricane researcher at the University of Miami. “If they aren’t moving along and they just kind of sit there, you’re going to get a ridiculous amount of rain.”

Sally strengthened a bit late Tuesday, with sustained winds reaching 85 mph. It remained dangerous even though its winds were down considerably from a fierce peak of 100 mph (161 kph) on Monday. The National Hurricane Center expected Sally to remain a Category 1 hurricane when it comes ashore, adding “historic life-threatening flash flooding is likely.”

Heavy rain and surf pounded the barrier island of Navarre Beach, Florida, on Tuesday and road signs wobbled in the wind. Rebecca Studstill, who lives inland, was wary of getting stuck on the island, saying police close bridges once the wind and water get too high. “Just hunkering down would probably be the best thing for folks out here,” she said.

Two large casino boats broke loose Tuesday from a dock where they were undergoing construction work in Bayou La Batre, Alabama. M.J. Bosarge, who lives near the shipyard, said at least one of the riverboats had done considerable damage to the dock.

“You really want to get them secured because with wind and rain like this, the water is constantly rising,” Bosarge said.

In Orange Beach, Alabama, towering waves crashed onshore as Crystal Smith and her young daughter, Taylor, watched before nightfall. They drove more than an hour to take in the sight.

“It’s beautiful, I love it,” Crystal Smith said amid whipping wind. “But they are high. Hardly any of the beach isn’t covered.”

Stacy Stewart, a hurricane center senior specialist, warned that floods could be deadly.

“This is going to be historic flooding along with the historic rainfall,” Stewart said. “If people live near rivers, small streams and creeks, they need to evacuate and go somewhere else.”

Forecasters warned that Sally could unleash flooding similar to what Hurricane Harvey inflicted in 2017 in swamping the Houston metropolitan area.

Mississippi Gov. Tate Reeves urged people in the southern part of the state to prepare for the potential for flash flooding. He said about 120 people were in shelters in Mississippi.

As rain grew heavier Tuesday, many businesses appeared to be closed at exits along the Interstate 10 highway running along the Gulf Coast from Louisiana to Florida.

In Gulfport, Mississippi, white plastic bags hung over some gas station pumps that were out of fuel. Along a bayou inland from the Gulf, three shrimp boats were tied up as shrimpers tried to protect their boats from waves. Metal storm shutters or plywood covered the windows of many businesses.

In Alabama, officials closed the causeway to Dauphin Island and the commuter tunnel that runs beneath the Mobile River.

Alabama Gov. Kay Ivey urged residents near Mobile Bay and low-lying areas near rivers to evacuate if conditions still permitted a safe escape. Revised forecasts late Tuesday predicted that storm surge along Alabama’s coast could reach 6 feet at Dauphin Island and as much as 4 feet at Mobile Bay.

“This is not worth risking your life,” Ivey said.

Once ashore, Sally was forecast to cause flash floods and minor to moderate river flooding across inland portions of Mississippi, Alabama, northern Georgia and the western Carolinas over ensuing days.

President Donald Trump issued emergency declarations for parts of Louisiana, Mississippi and Alabama on Monday, and tweeted that residents should listen to state and local leaders.

On the barrier island of Pensacola Beach, Florida, the Sandshaker Lounge was open Tuesday afternoon, filled with about 30 locals and tourists staying at nearby hotels.

“I think I’m the only business open,” said bartender Kyra Smith. She said most locals have lived in the area for decades and have weathered many storms bigger than Sally.

“We’re just going to ride it out,” she said. 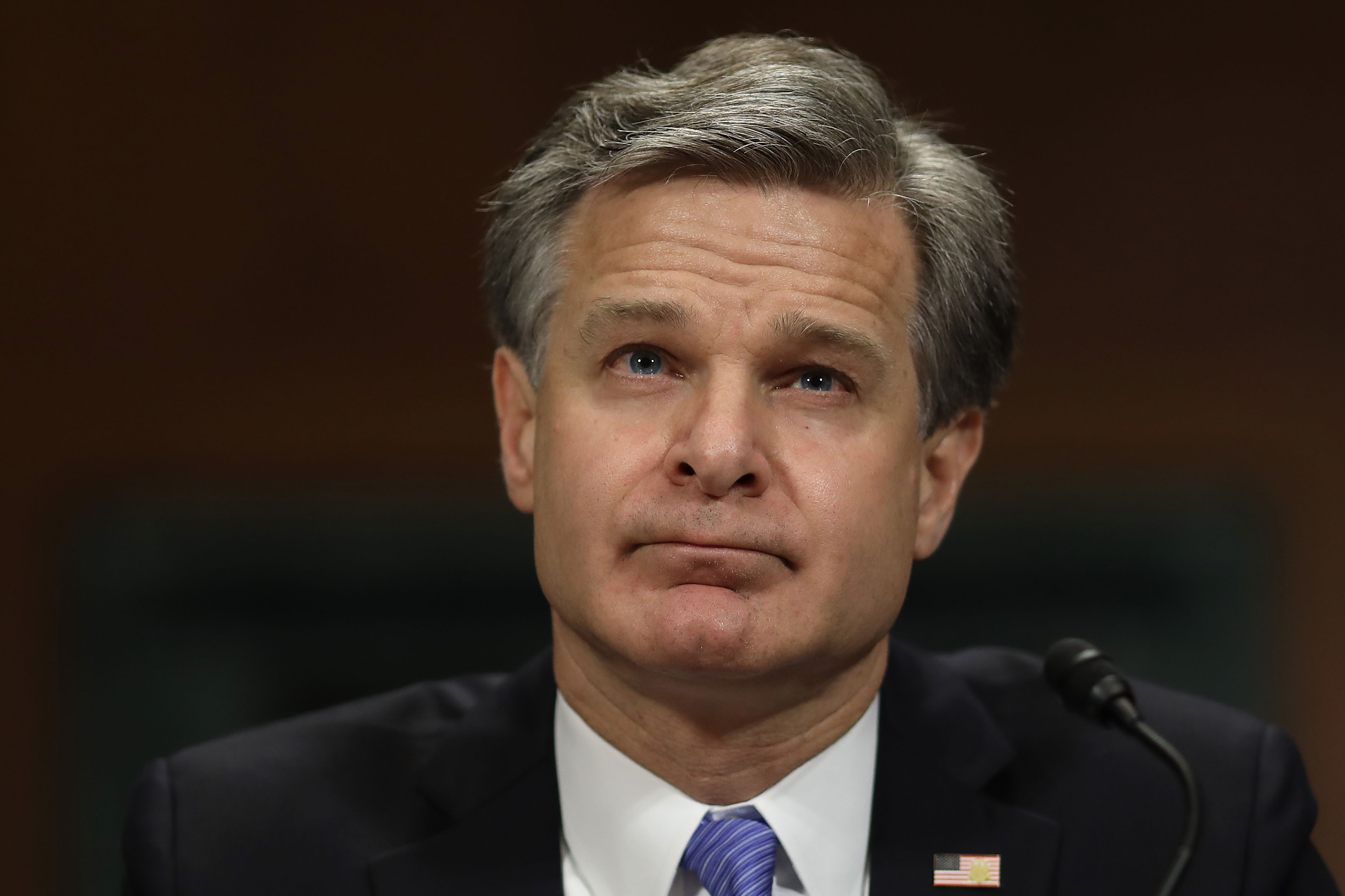 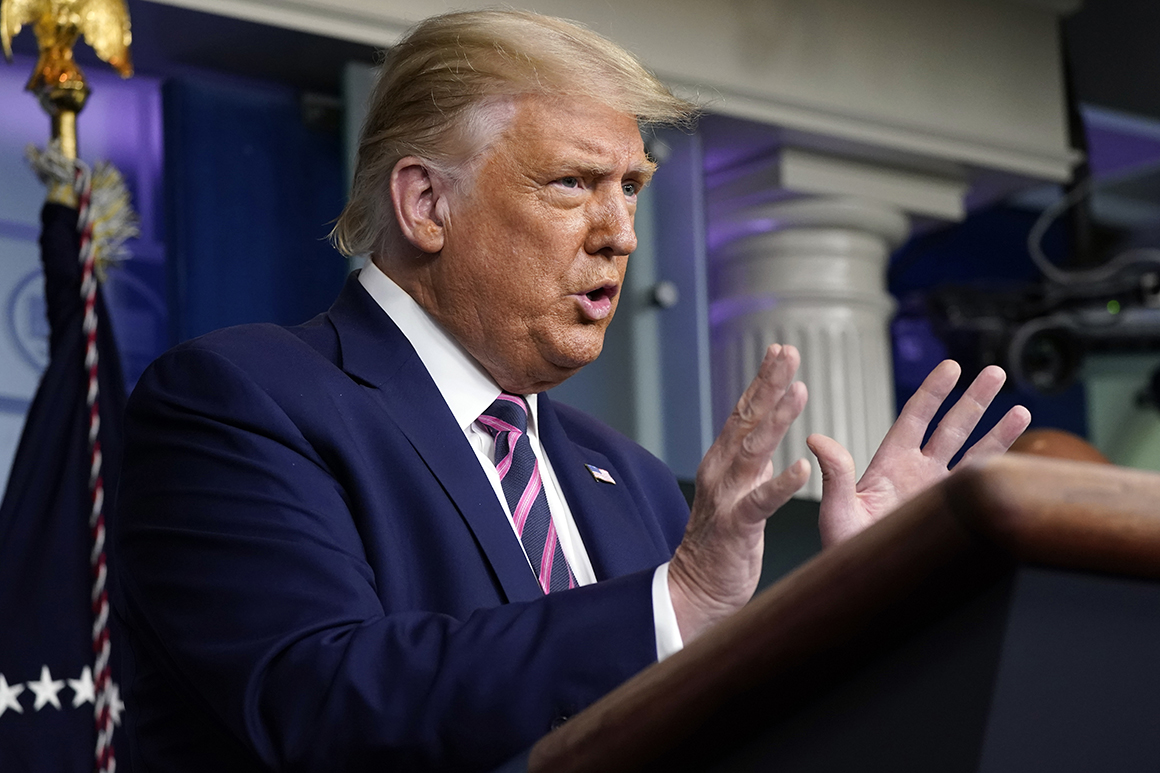 Trump says U.S. will have vaccine doses for all Americans in April 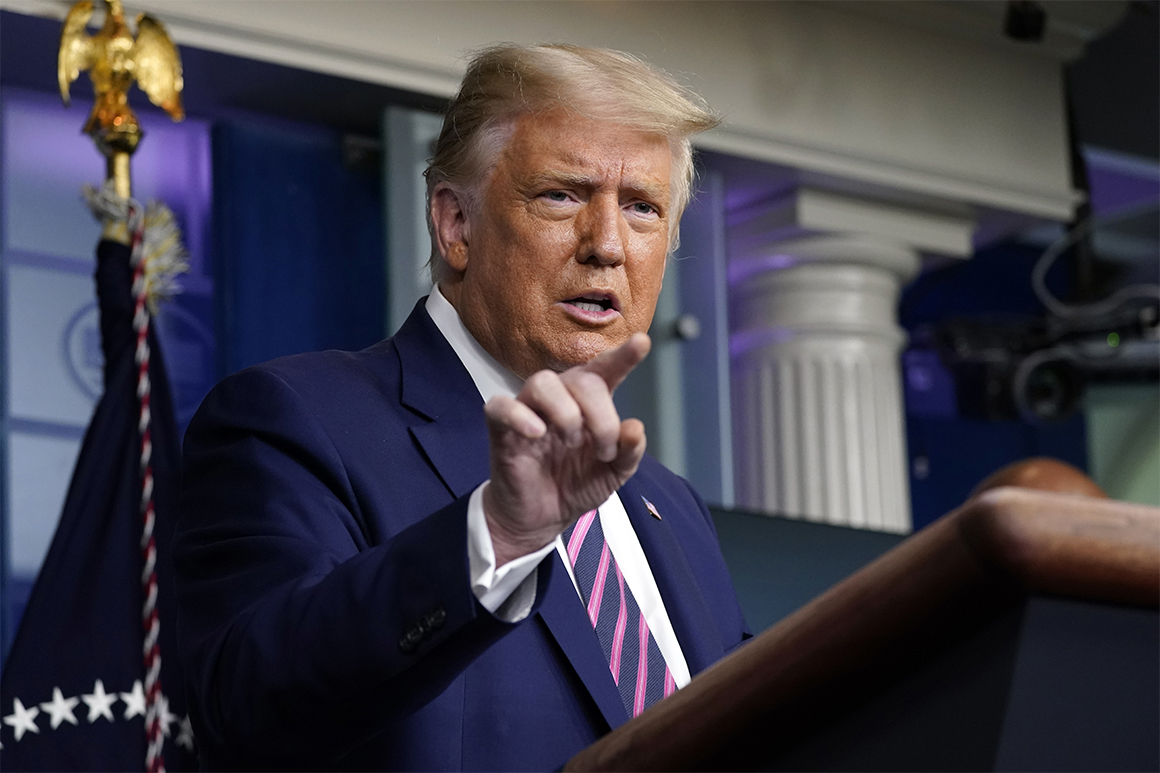